So, today, I have some really sad news to share with you all. My beloved German Shepard, Gypsy, had to be put down on Monday. She was 18 years old, so I practically grew up with her. She’d been suffering from pretty bad arthritis for quite a while, but she was always still happy. This past weekend though, you could just tell that she was suffering now, she wasn’t happy anymore. It’s so heartbreaking, but I think it makes it a whole lot easier to take because I’m really comforted by that fact that she’s not hurting anymore. It’s really, really tough to lose a dog, especially one that was your first best friend and one you grew up with, but all dogs go to heaven, right? ❤

I just wanted to let ya’ll know why I haven’t posted much this week and probably won’t until next week. I haven’t been myself, so I figured it was a better idea to just wait a little while instead of posting a bunch of half-ass blog posts where I’m clearly depressed in them. haha It was already a chaotic week anyway because on Saturday I move into my new apartment, so this is just added stress and anxiety to me.

On a lighter note, I do wanna get your opinion on something real quick…. I have been playing around with the idea of doing some videos on here for ya and I wanted to see if any of you would like that! I feel like if I started uploading some video blogs instead of just writing, you guys would be able to get to know the real me a little bit better. I’ll have to go out and buy a webcam or a video camera first, which isn’t a problem at all, I just figured I’d check with you first and see if any of you would watch! So defiantly let me know your thoughts (and any tips you have on that) down below!

Anyway, I just want to thank ya’ll in advance for being so patient with me this week. Some of you probably think I’m half past insane because I’m grieving this much over a dog, but I know my fellow pet owners out there will understand. Keep in mind, Gypsy was a dog I grew up with, so she wasn’t just a dog to me, She was one of my best friends. So thank you for your patience and support, ya’ll are the absolute greatest! 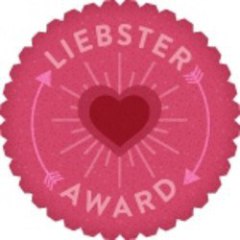